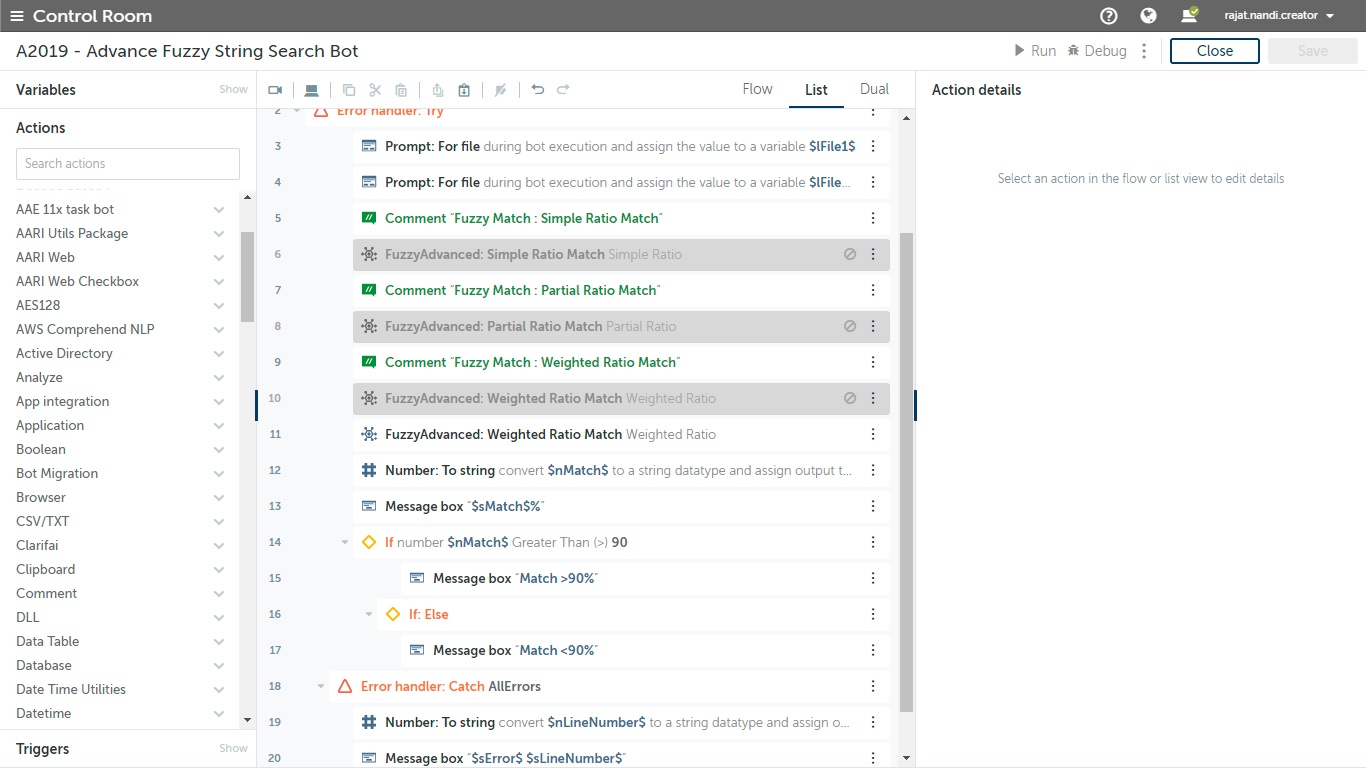 This package can be used to automate the process of evaluating strings of data for similarity.
For example, you have an automation sequence in which a bot extracts data from invoices, searches a database for the company record, and updates the record with data from the invoice. Use the Fuzzy match action to handle two possible scenarios:

• A mistake occurs at the extraction step where a letter is incorrectly extracted. Instead of Apple, the bot extracts App1e, with a numerical one instead of the letter l.

See the Package in Action

Use the Package in a bot, configure keys and other credentials the package will need (see the ReadMe for details.)

That's it - now the Package is ready to get going!