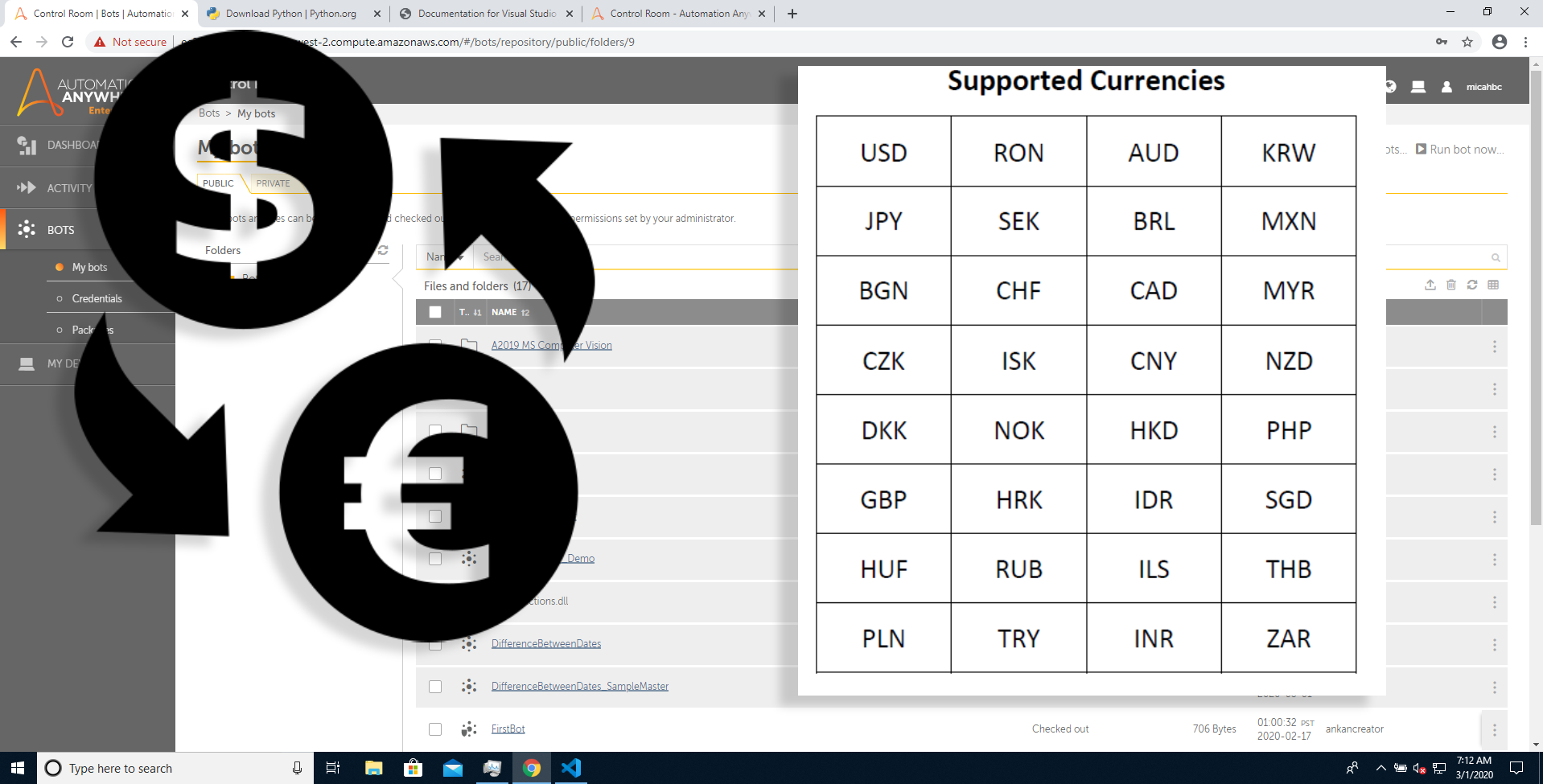 The Currency Conversion Bot was created for users who need to perform currency conversion as a part of their bot’s execution. Tell the bot an input currency, an output currency, and an amount to convert – and the bot will respond back with an output amount, converted to the target currency.

This utility is great for any sales or finance and accounting automation. Use this bot as a sub-task called from your quote, order, billing, tax, or any other bots you’ve already built to quickly extend the capabilities of your task or process automation. Great for using as a part of your own accounts receivable, accounts payable, quote to cash, procure to pay, tax accounting and any financial sales process automation!