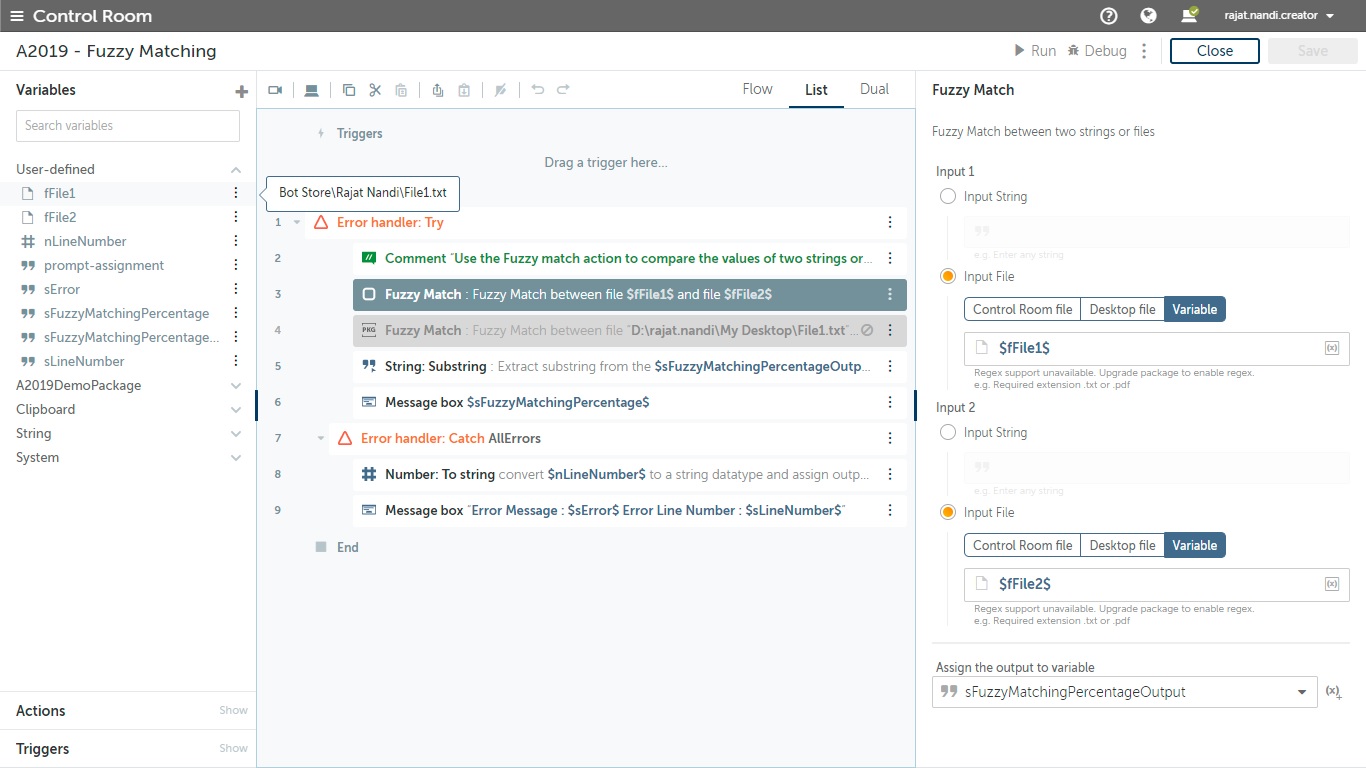 This bot can be used to automate the process of evaluating strings of data for similarity.

Use this action to automate the process of evaluating strings of data for similarity. For example, you have an automation sequence in which a bot extracts data from invoices, searches a database for the company record, and updates the record with data from the invoice. Use the Fuzzy Match bot to handle two possible scenarios:
• A mistake occurs at the extraction step where a letter is incorrectly extracted. Instead of Apple, the bot extracts App1e, with a numerical one instead of the letter l.
• There is a small variation between the company name on the invoice and in the database. The invoice contains the company name Apple Inc, but the database has a record for the company name Apple.