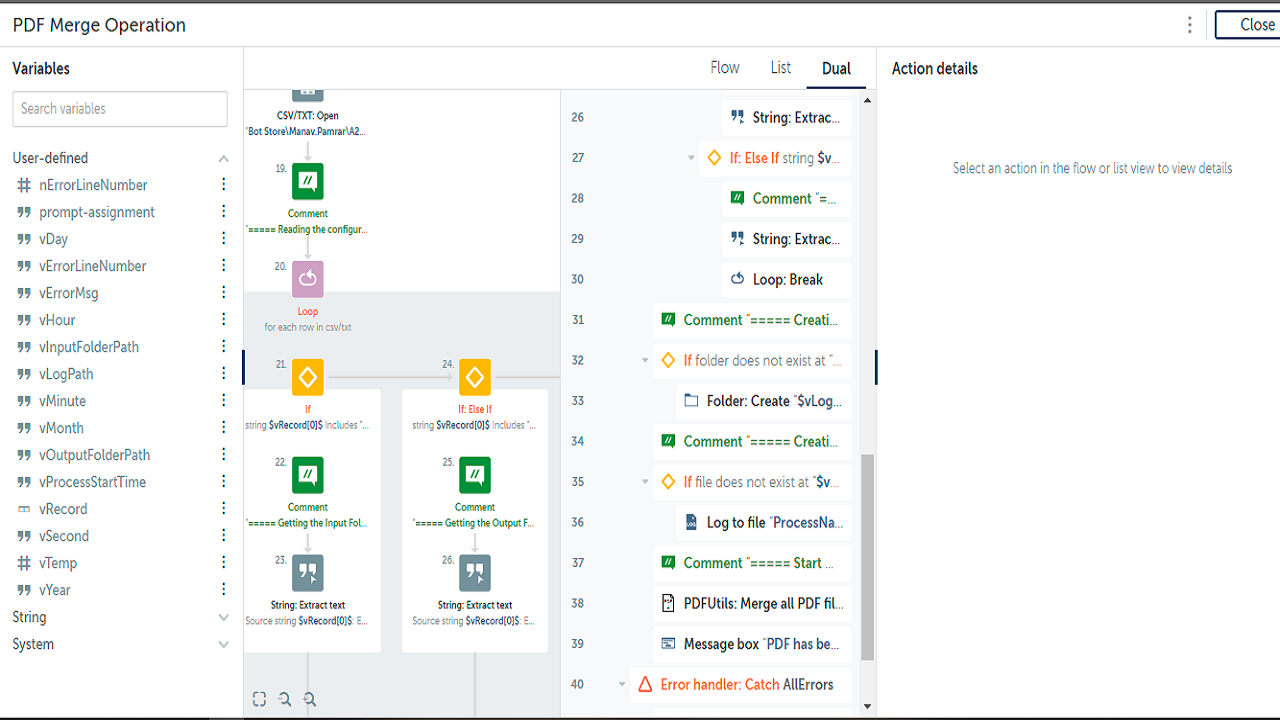 After merging the document, the automation will rename that merged file with Output.PDF as a universal name.

The user can rename it after the successful run as per his/their convenience.