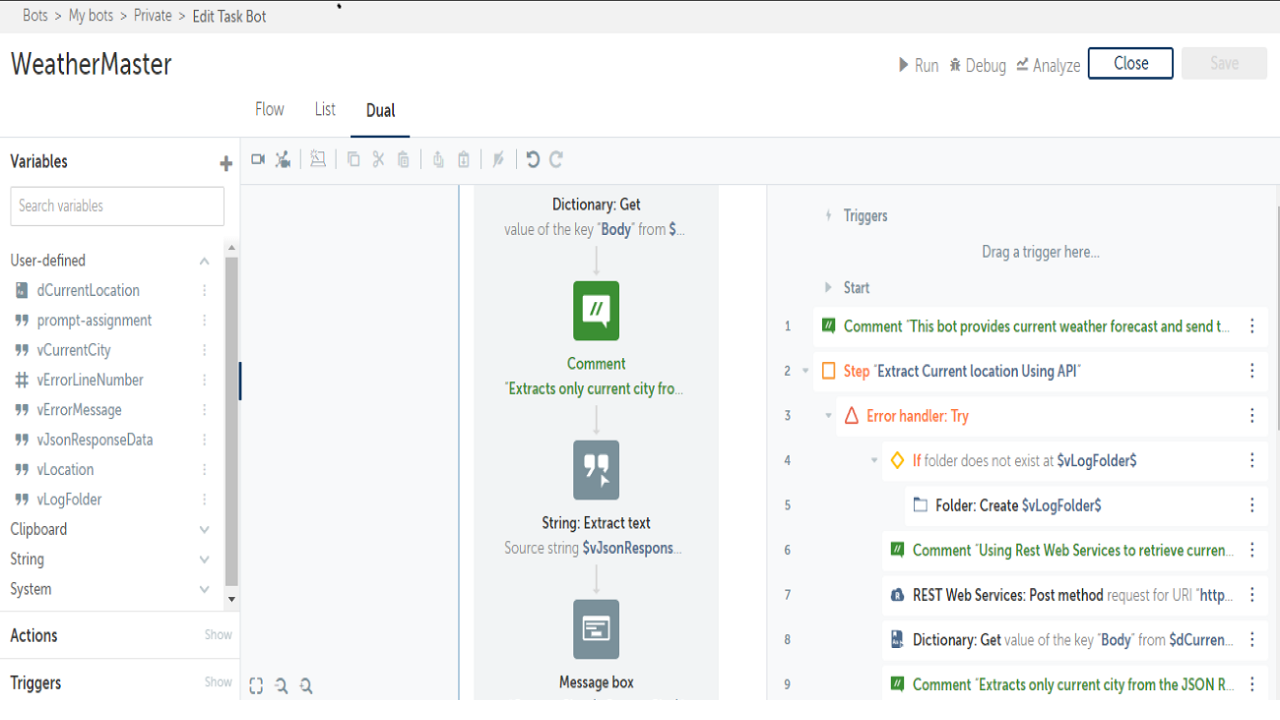 Gives the Weather Data to the End-user in an interactive form and also can find the
weather data of different locations. Sends emails to employees with current weather data for the location of the office system running the bot - which is automatically detected.

[ Bot structured to include Parent Bot named: WeatherMaster | When you run the parent bot - The response will be stored in a variable to the run subsequent child bots ]