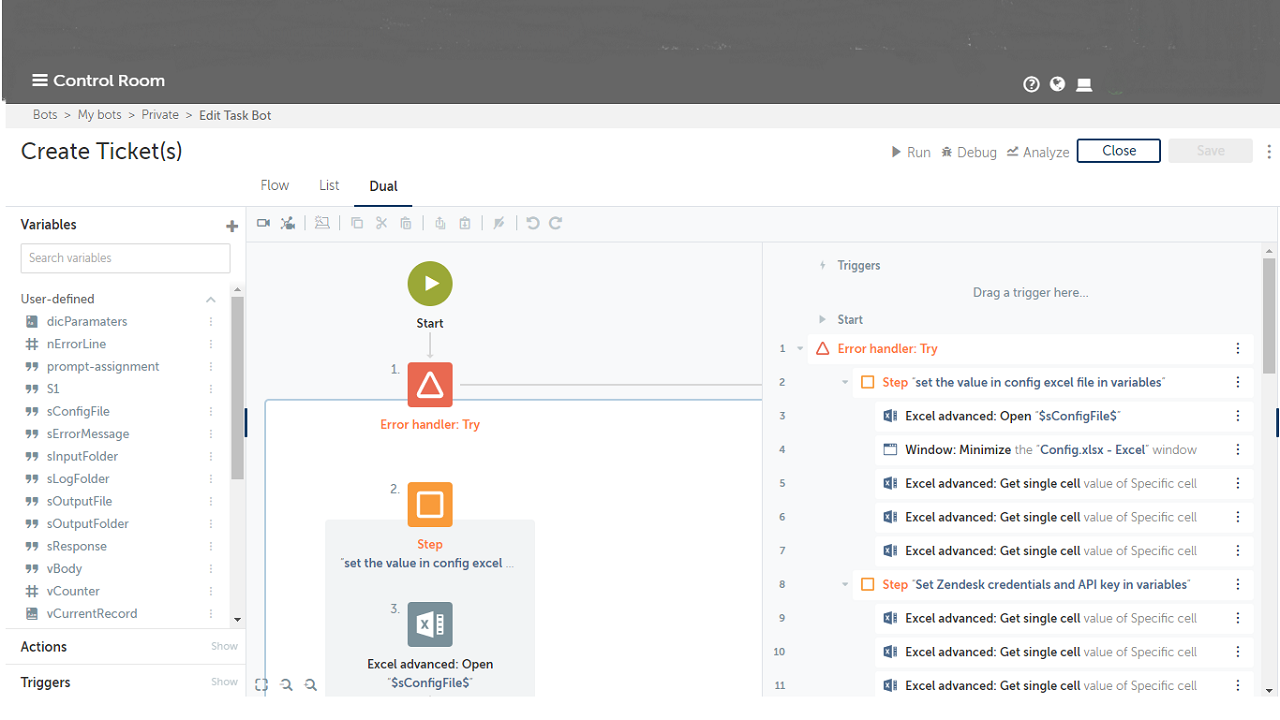 This bot is used to create tickets & users in the Zendesk suite. It supports both single operations as well as bulk operations. It takes input data from the user's prompt command and performs the required task and shows the response of the operation. The response will be captured in the output file.