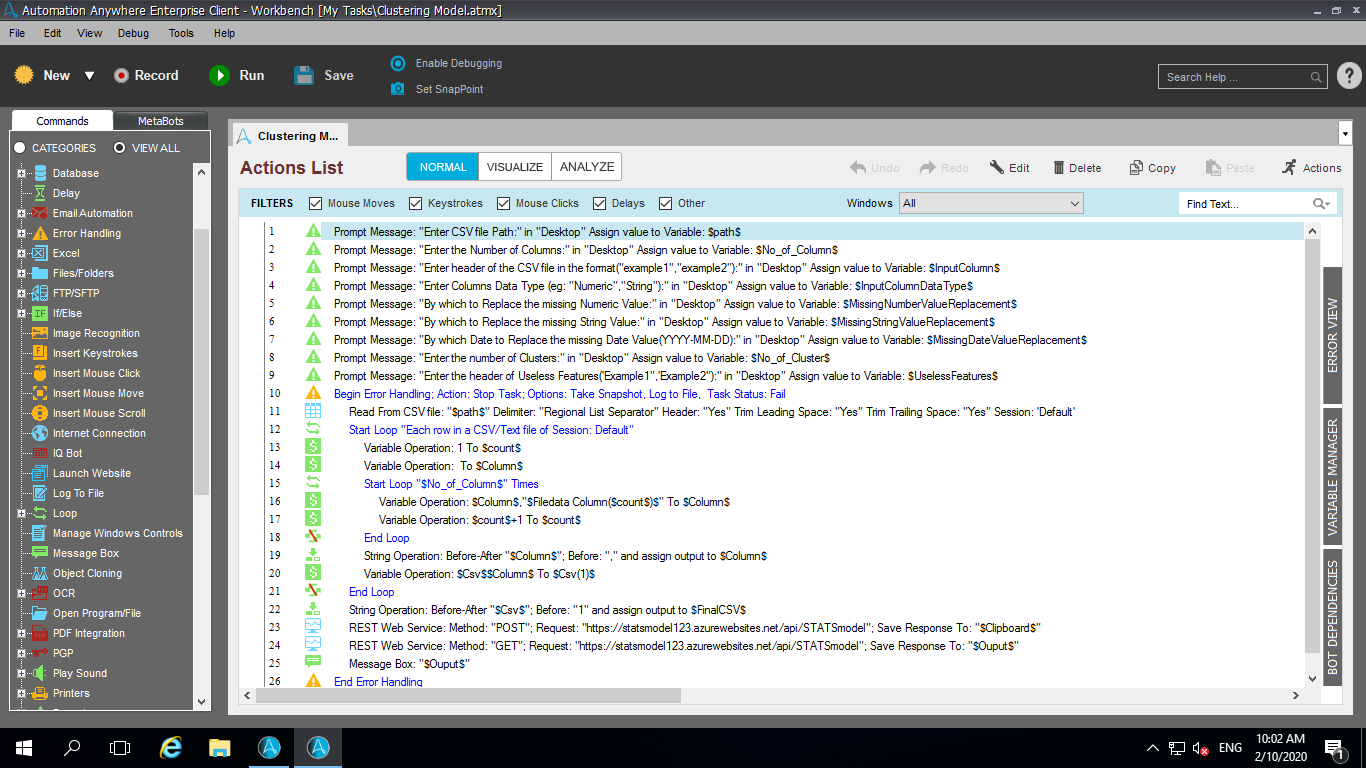 The Naive Bayes Model bot enables bot developers to quickly perform text classification and make real-time, data-driven predictions. The sample dataset contains information about women's clothing i.e. which type of clothes women mostly wear, and is a sample dataset for an e-commerce company producing and selling clothes. Using the Naive Bayes Model bot, they are able to predict the department of the clothing based on the review, clothing ID, and other review details.

Output: the result in the form of the Microsoft Excel
Using the included dataset, we are predicting the type of dress women mostly like to wear. The pictured predictions have been output with some of the different features described :
§ Gold_Class: This column is taken as the predicted target based on preference
§ Predicted_Class: This tells us the predicted type of the women cloth that she likes to wear i.e. Tops, Bottoms, etc based on preference
Provided the predictive class for effective decision making